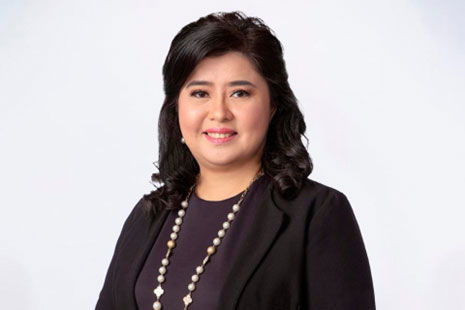 Losing both her parents in 2004 to lung cancer was the wake-up call that pushed physician Mutiara (who goes by a single name) into entrepreneurship. “Before my parents died, I was exhausted from taking them around the world for two years, looking for the best medications. I found that there is a need for cancer hospitals in Indonesia, so patients won’t need to go overseas to get treatment,” Mutiara recalls in her first-ever media interview in September from her office at Murni Teguh Sudirman Jakarta Hospital.

Mutiara began her career as head physician of a state community health center in North Sumatra in 1987, before joining Pematang Siantar Public Hospital as a general practitioner in 2000. A decade later she cofounded Murni Sadar, now a six-hospital chain, with the goal of offering specialized treatment for cancer and heart disease. Other cofounders include her older brother Ganda, younger sisters Bertha and Thio Ida, and niece Jacqueline Sitorus, according to the company’s IPO prospectus. Jacqueline is the daughter of Mutiara’s younger brother, Martua Sitorus, an Indonesian billionaire who alongside his family has interests in palm oil, property and cement manufacturing.

“As a doctor, I am satisfied if I treat only one patient a day. But if I own a hospital, I can treat 500 or 1,000 patients a day. That [is] much better,” she says. Murni Sadar—named after Mutiara’s mother and father, Murni Teguh and Sadar—remains a family enterprise. Mutiara’s husband, Tjhin Ten Chun, is president commissioner of Murni Sadar, while sons Clement Zichri Ang and Felix Vincent Ang are directors. Daughter Sharon Hanmy Angel is a doctor at Murni Teguh Memorial Hospital, the company’s flagship in Medan, North Sumatra.

Opened in 2012, the Medan general hospital also offers the chain’s only dedicated oncology and cardiovascular centers, which the group wants to replicate across the network. To support rapid growth, Murni Sadar earlier this year listed on the Indonesia Stock Exchange and raised 325 billion rupiah ($21 million). Mutiara and her family retained a majority stake in the company, which had a market cap of 3.7 trillion rupiah as of mid-October.

Operating under the brands Aminah, Murni Teguh and Rosiva, the six Murni Sadar hospitals have 858 beds across Bali and the cities of Jakarta, Medan and Tangerang. Under construction are two more hospitals, one in North Sumatra and another in West Java’s Bandung, that will bring total capacity to 1,000 beds by year’s end. A third hospital, a former apartment building in Jakarta acquired in August for 121.2 billion rupiah, is slated to open next year.

Although Covid-19 cases are falling in Indonesia, Mutiara says potential patients remain afraid of being infected in a hospital. As a result, Murni Sadar’s revenue in the first nine months of 2022 dropped almost 24% to 600 billion rupiah from a year ago. With the new hospitals opening, Mutiara expects Murni Sadar’s full-year revenue to hit 858 billion rupiah, down 13% from 2021, then double in 2023.

Mutiara believes the key to her success is an appetite to continue to gain knowledge. She obtained a bachelor’s degree in medicine from Jakarta’s Christian University of Indonesia, then a master’s degree in tropical medicine and a Ph.D. in medical science from the University of North Sumatra.